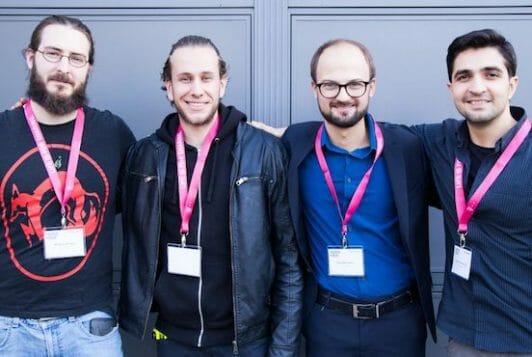 The finalist teams of the Telekom Fashion Fusion & Lufthansa FlyingLab teams are developing their first prototypes right now. We’ve had four questions that every team answered for us. Here’s the first interview with Team LYRA!

Which are the methods that you use to develop prototypes? Do you do researches or do you use any modern approaches like, for example, „Design Thinking”?

Most of the design components of our system we developed on basis of researches by asking actual users of it. Also, we got valuable feedback from flight attendants and frequent (non-technical) flyers.

How do you test your prototypes? Are you going into the field or do you do test in laboratories?

We have tested an initial prototype in our lab. Later onwards we have also tested in the “field” – inside a Lufthansa A380 Airplane.

Do you already know by now, how the time after the Telekom Fashion Fusion & Lufthansa FlyingLab should ideally look like?

If our system proves to be successful and useful by the flight crew, we even consider making a spin-off afterwards with other team members.

Looking back on the last few months – do you have one special tip that you would like to share with designers or developers to be?

The main challenge for our team is distance. In order to move forward and achieve progress and good results, as a team we certainly use many project task management tools, such as Trello, Slack, Skype group calls, etc. to distribute tasks respectively. I’d suggest to write specification and implementation of the project in clear steps and then divide the tasks accordingly.